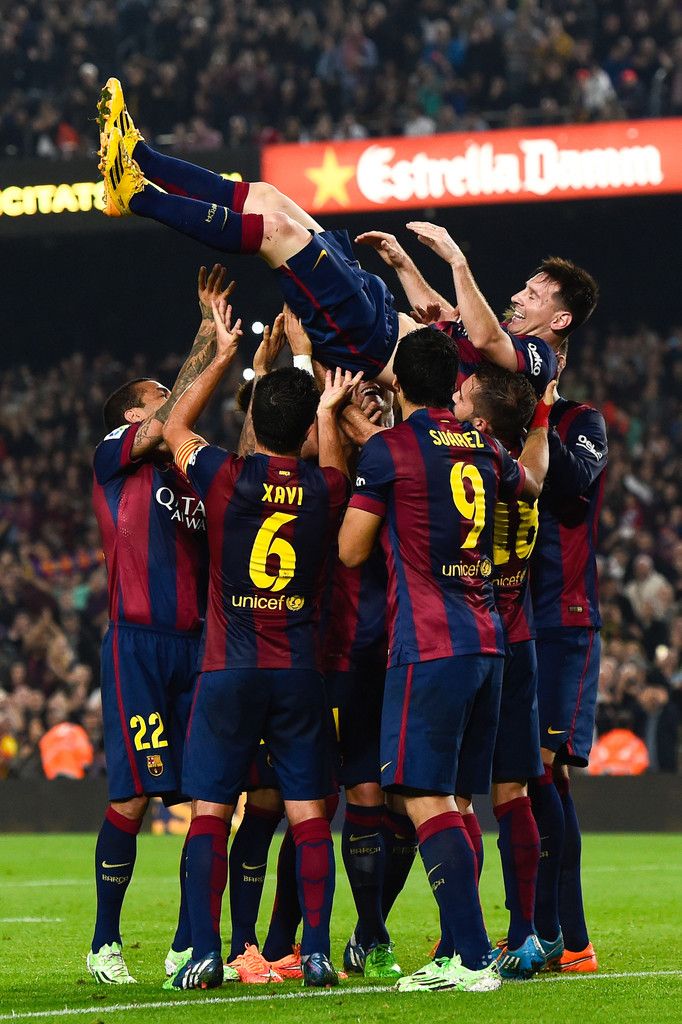 Lionel Messi of FC Barcelona celebrates with his teammates after scoring his team's fourth goal during the La Liga match between FC Barcelona and Sevilla FC at Camp Nou on November 22, 2014 in Barcelona, Catalonia. Lionel Messi beat the record for number of goals in the Spanish La Liga by scoring his 252nd goal, the previous record of 251 was held by Telmo Zarra.